How Driving the Alaska Highway Cost Me $6,000 – Vanlife

Let’s break down some of the unexpected costs that you might not think of when traveling to Alaska.

I know what you’re thinking…

“How is it possible that driving to Alaska can cost you that much??”  Honestly?

Well, that number may actually be on the lower end.

Here is a breakdown of the costs that I personally experienced in my journey through Alaska.

Road trips involve a tank of gas here, a tank of gas there, but over the course of an entire trip, it adds up to a huge number that is often underestimated when planning out the trip.

Assume that my sprinter van gets an average fuel mileage of 12.5 l / 100KM

Now, obviously, this is going to happen to everyone. But traveling and navigating your way through Alaska means you’re going to spend a lot of time on gravel roads.

For those of you who don’t know…

It’s almost unavoidable and try as I might, I wasn’t able to avoid the broken windshield which had a replacement cost of $400.

You’re probably going to start seeing a trend here. A lot of the damage and cost of driving the Alaskan Highway is because of the quality of the roads you will (and should) venture.

I have a ladder mounted to the side of my vehicle. Normally my ladder comes in extremely handy and I have zero regrets for installing it. Unfortunately, though, what would happen is that when other vehicles pass me, rocks would kick up and deflect off the ladder and into the side of my van. This resulted in well over 100 small stone chips that needed to get fixed. If these stone chips were to go untreated it would result in rust forming on the body of the van.

A few years ago, I decided to cover the area along both sides of the Sprinter, below the black plastic trim, with plasti dip.

Originally, I used plasti dip because it was a cheap and quick way to see if I ultimately liked the look. Well 3 years later, I still love the look and plasti dip has held up amazingly well. There was really no reason to upgrade.

After spending 3000km on gravel, the plasti dip was no match for the gravel roads and I was forced to either repair all of the stone chips or upgrade to a truck bed liner coating.

Since upgrading to the truck bed liner coating was my ultimate goal originally I finally bit the bullet… And wow it looks amazing.

Overall I am very happy with this upgrade and I think it will be solid for years to come. Even though the upgrade I did wasn’t totally necessary, something had to be done to prevent rust from forming and I think this is the best long term solution.

This one could probably fall under a general ‘maintenance’ category, but something that should definitely be considered if you’re driving to/through Alaska. If your tires are getting close to the end of life, you are going to want to upgrade for peace of mind, especially if you plan on venturing further north towards the Arctic Oceans.

The sides of the road were littered with people’s tires that didn’t quite cut it.

This one is more so just a joke, but if you do decide to drive up the Dempster and you experience any amount of rain, just know that your vehicle will be caked in mud. They put some sort of coating on the road which I was told is to help prevent dust but this coating sticks to your vehicle like glue. We each had to spend $75 at the car wash to get our vehicle clean again.

The items listed above are about $4.7k in expenses. Now factor in the fun stuff like:

And anything else you might find yourself doing while you enjoy the trip of a lifetime.

I tried to provide a little bit of insight into some of the costs that you might overlook when deciding to make the trip up to Alaska but in no way should this discourage from going. Out of all the places and things I have gotten to experience over the past 4 years, this is in the top 3 for sure.

One thing, after talking to a lot of people who have made this trip, is that many of them don’t allocate / budget enough time to properly do this adventure and they find themselves struggling to see and go everywhere they want to. I know not everyone has the luxury of taking 2 months to explore this area but I would just try and take as much time as you possibly can you explore this vast area. 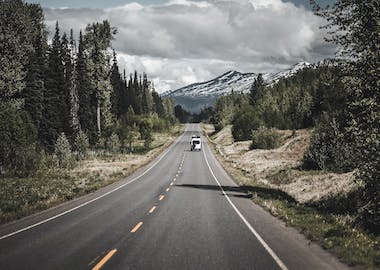 10 Tips for an Epic Vanlife Road Trip Through Alaska

So, you’re thinking of heading to Alaska in your van and looking for some tips and tricks about how to have the trip of a lifetime? 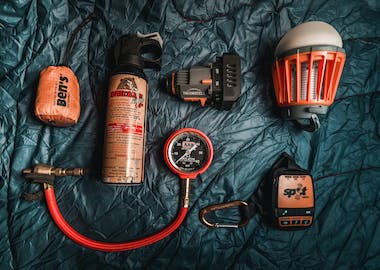 5 Essentials to Pack for your Alaska Vanlife Road Trip

If you’re anything like me, you’ve probably been dreaming of the day that your tires cross over the northern border from the Yukon in Canada to the ever sought after Alaskan wilderness. 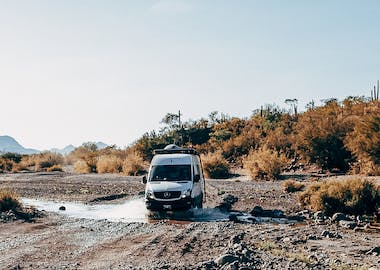 If you’re anything like I was, you’ve probably asked yourself this question a million times while researching your upcoming van conversion project.